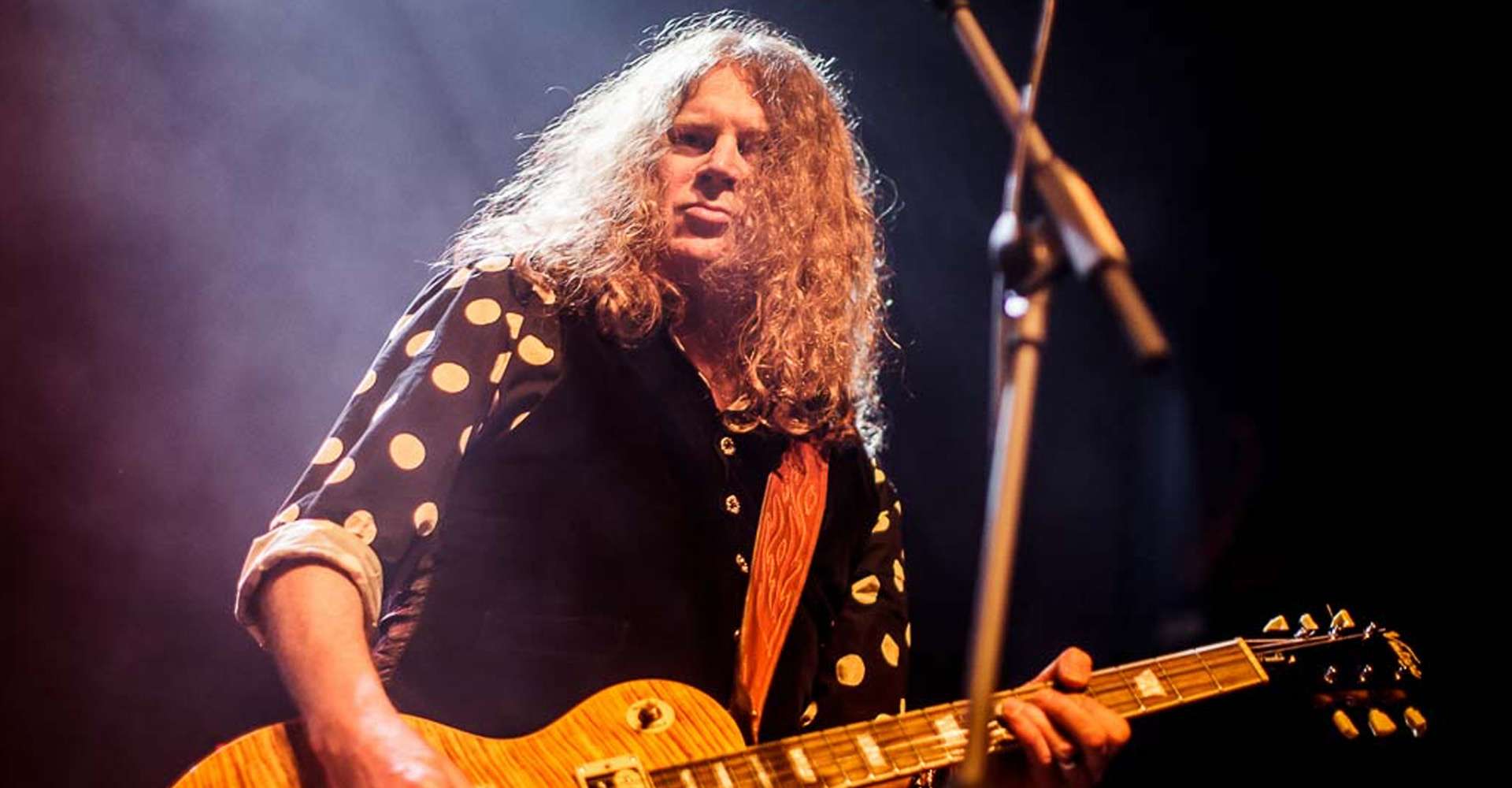 The Quireboys, Joe Elliott's Down 'n' Outz
"The BluGuitar AMP1 is beyond awesome! I have used it on the last few Quireboys shows and it has totally blown me away. The amounts of sounds available in this little beauty are amazing!"

Paul Guerin has been a main player on the international music scene for over twenty years. Moving from his native Newcastle to London in 1987 it didn't take him long to establish himself on the London scene with the band The Red Dogs, and quickly securing a record contract with Razor records. After releasing two critically acclaimed albums 'Wrong Side Of Town' and 'Working Late' (the latter recorded at John Entwhistle's Hammerhead studio with legendary Who engineer Bob Pridden) the band signed with Atlantic America but the relationship with the record company wasn't a happy one, and the only way to get out of the deal was to split up the band.

However, it wasn't long before Paul got the call from German Guitar legend Michael Schenker (Scorpions/UFO) who had heard about Paul's playing abilities. Tours of Germany, America and Japan followed and an official bootleg album was released ‘Live in Tokyo'.
At the same time ex-Thin Lizzy guitarist Brian Robertson was putting a new band together. Paul again got the call and The Clan was formed, a heavy duty blues outfit splitting the set between classic Lizzy songs and new numbers. Paul stayed with The Clan for three years releasing one album 'That's All'.

It was at this time Paul started playing With Bap Kennedy. Bap had just split up his Belfast-born band Energy Orchard and was embarking on a solo career. Demos were quickly recorded and a deal was secured with Nashville's E-Squared Records owned by Steve Earle. The result of this partnership was the award-winning 'Domestic Blues' and featured performances from Steve Earle, Nancy Griffiths, Roy Husky Jr, Peter Rowan, Gerry Douglas and Keith Weir.

Back in England, Paul was drafted in to the house band on a British TV show featuring comedian Bob Downes. Paul found himself backing many great artists such as Eartha Kitt and Tom Jones to name but just two. Paul was also working as a session musician for a record company called Dressed To Kill, mainly playing on tribute albums cloning everything from Guns 'n' Roses to Jeff Buckley. During these sessions over a couple of pints the idea for 'The King' was born. The plan was to record an album of songs all by dead artists with 'Elvis' singing. Feelers were put out and 'The King' was found singing in a bar on the Falls Road in Belfast. He was put on a plane to London, a mic was put in front of him and one week later 'Gravelands' was in the can. What happened next was crazy. Five hundred copies were printed, everyone thought that would be the end of it, but DJ John Peel and Bob Geldof both aquired copies of the album and started playing tracks on their radio shows...BOOM!
EMI come on board, sign the album and 150,000 sales later everyone was still in shock. 'The King' became the biggest selling act in Europe playing to audiences in excess of 70,000 people a night at Rock Amring and the Lowlands festival with Debbie Harry's Blondie as the support act! Another album 'Return To Splendour' was recorded in Spain's number one recording studio, and went straight to the number one spot in the German charts, staying there for three weeks.

It was during his time with The King that Paul's relationship with New York's finest The Fun Loving Criminals began. Main man Huey Morgan and DJ Mateo Defontain had an offshoot band called Cooley High. Paul was asked to join and next thing they were on tour opening up for the Criminals on their European tour finishing off at a sold out show at Dublin's 12,000 seat Point Depo Theatre.

Paul had only been back in England for a couple of days when he received another call from Brian Robertson. There was a concert being organised to celebrate the work of the Scottish Singer songwriter Frankie Miller. Paul and Brian were to be the core of the house band, the other musicians being drafted in were  Joe Walsh, Ted McKenna, Hugh McKenna and Chrissie Stewart. The concert was a resounding success with over thirty different artists joining the band throughout the evening performing Frankie's songs, the highlight for Paul was playing 'Rocky Mountain Way' with the mighty Joe Walsh.

The Quireboys had been great friend's of Paul's for many years and singer Spike had signed a deal to record a solo album so Paul got the call and headed up to his native Newcastle where Spike owned a pub. Over many frothy quenchers 'It's A Treat To Be Alive' was written, recorded, released and the heavy touring began.
Therfore, when Quireboys guitarist Luke Bossindorfer decided to call it a day due to family commitments, the obvious choice to replace him was Paul. It was a very natural situation to walk into, he had been friends with the band for years and he already knew all the songs. One month later 'Well Oiled' was recorded in their own Hen House Studios and released world wide on the SPV label. Three years of extensive touring followed, rebuilding the following that the band had enjoyed way back in the day and gaining new fans on the way who had not had the pleasure first time around. Support slots with Dave Lee Roth and Whitesnake and slots on all the major European festivals followed.

Paul has featured on every Quireboys recording since, including their latest release 2016's 'Twisted Love'.