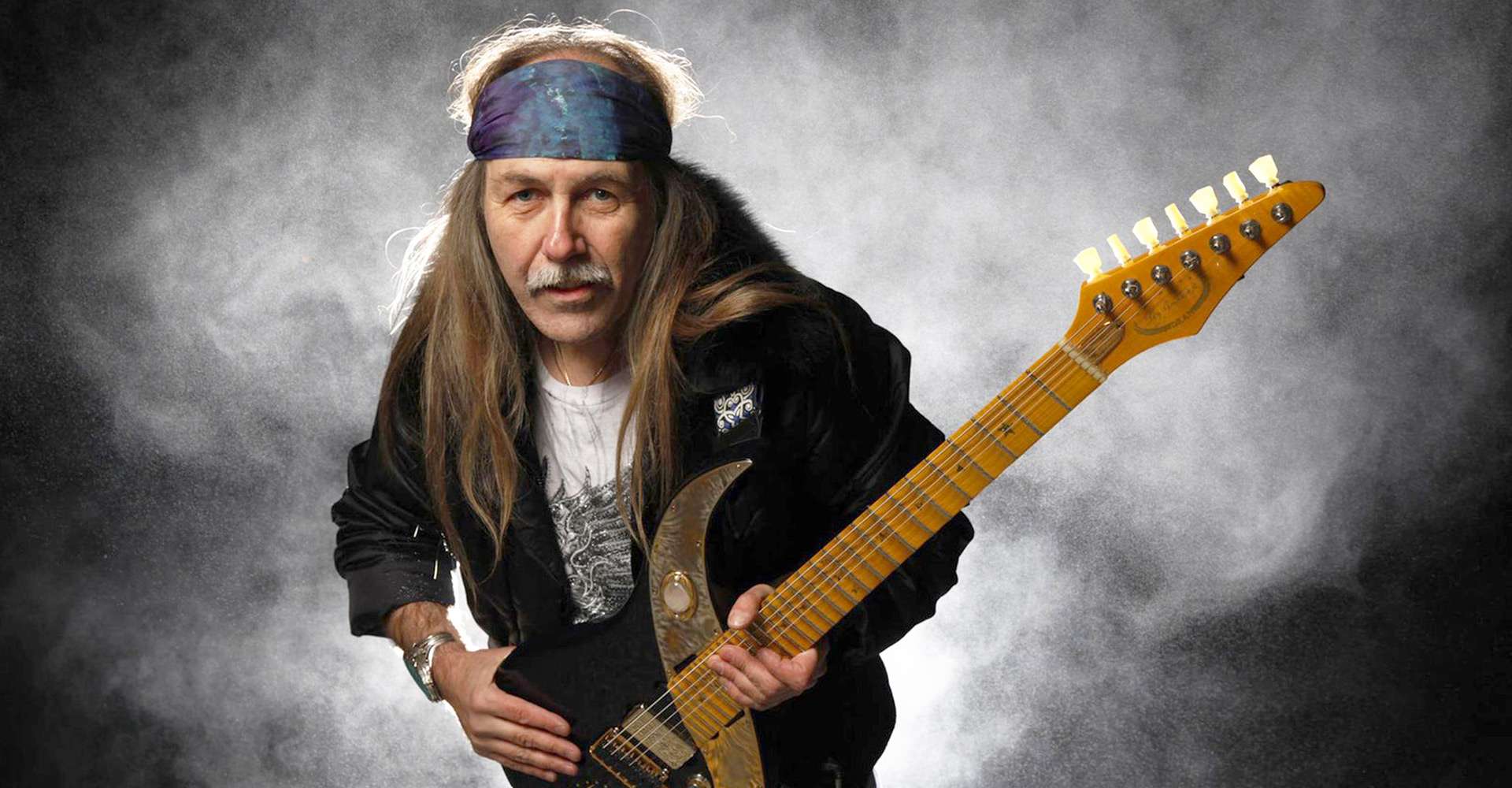 The musical career of Uli spans an amazing five decades.

As an artist, Uli is a multi faceted phenomenon whose unique set of artistic talents has gained him an international reputation as a musical visionary and innovator.

As a teenagers Uli played in a number of bands in Hanover including Dawn Road while also studying classical guitar as well as the piano. His influences at that time were Andrés Segovia and Julian Bream, but also Flamenco guitarists like Manitas de Plata and the great violinist Yehudi Menuhin.

In the year 1973, Uli’s friend, Michael Schenker, quit the already established band Scorpions to join UFO in England. Michael asked Uli to take his place instead.

During his five year tenure as a member of Germany’s number one rock band, Uli built the foundation for his status of guitar legend and recorded five albums with the Scorpions gaining an international reputation as one of the most important innovators of the electric guitar.

Fly To The Rainbow (1974), In Trance (1975), Virgin Killer (1976), Taken by Force (1977) and a live album recorded in Japan in 1978 - Tokyo Tapes, that is generally recognised as one of the great live-albums in the history of rock music and has influenced scores of younger musicians.

His main ambition and driving force was the desire to become a better artist and all-round musician with the freedom to explore the realm of music in his own rather unconventional way and on his own terms, an approach which was not exactly mainstream, Uli felt increasingly stifled by the confinements of mainstream rock music which did not fit into the framework of the Scorpions.

In 1978, Uli made it clear to the band that this was to be his final tour as their lead guitarist.

Uli founded the band Electric Sun - initially designed as a three-piece outfit - in the tradition of Cream and Jimi Hendrix, that gave him greater artistic freedom.

The first album Earthquake - Although there was unmistakeable Hendrix in many of the songs, there were also distinctly classical leanings; this was particularly apparent in the title track, Earthquake - a ten minute instrumental epic - which presented a totally novel approach to guitar playing, regarded by many as an influential masterpiece and the new guitar techniques that were widely copied by younger guitarists and served as a blueprint for a novel, neo-classical guitar technique.

Beyond The Astral Skies. This album was another landmark that took electric guitar playing to yet another plateau of artistry.  It was around that time that Uli started using the Sky Guitar as his main guitar, which he designed and which featured a much extended fingerboard.

Uli began writing several large-scale pieces with the intention of merging the world of classical, or romantic concertos and symphonies with the unique voice and flair of the Sky Guitar, that it enables him to play in the highest registers of the violin range as well as those of the Cello. The first of this was an epic musical journey for Sky Guitar and symphony orchestra, aptly named Sky Concerto, which he began writing in the second half of 1987.

Uli was the first electric guitarist who had the vision and ability to significantly introduce a whole armoury of classical techniques towards the electric guitar, thus vastly expanding the hitherto somewhat limited technical vocabulary available on the guitar. Furthermore, Uli was the first guitar player in rock music who brought genuine classical know-how and virtuoso dexterity towards the instrument, a fact which has gained him the somewhat strange title of “father of neo-classical”. As early as 1976, Uli played fast and exciting diminished arpeggio runs during songs like Catch Your Train and the iconic Sails of Charon. This had never been heard before in rock music and many of Uli's ground-breaking techniques, his runs, phrasings, arpeggios - even dive bombs - became a blue-print and stepping-stone for legions of younger guitarists, who tried to emulate his style and ideas. This included younger players like Eddie van Halen, Yngwie Malmsteen, Steve Vai, Joe Satriani, who - before embarking of successful careers of their own and becoming famous in their own right - have named him as a major influence.

After a thirteen year absence from touring, in 1998, Uli accepted an invitation by Joe Satriani to participate in a large-scale European tour of the G3 together with Michael Schenker.

In 2003, Uli recorded Metamorphosis of the Seasons in his studio in Aberystwyth, Wales. The album contains an ingenious version of the complete Four Seasons by Antonio Vivaldi as well as a new concerto, which Uli wrote as sort of a “fifth season”.

In 2014, Uli became the annual patron of the premier guitar festival of France, Guitare-en-Scene, in St Julien-en-Genevois.

Those who have been lucky enough to witness Uli's live performances in recent years will testify that his concerts are an expression of the highest art of guitar playing and each onstage appearance by Uli Jon Roth is a unique occasion, because he always manages to create new magic on stage through his guitar playing and his inspiring persona. Uli is equally at home on stages of all sizes, from smaller, intimate venues such as clubs to stadiums and festivals and he always manages to captivate the attention of audiences all over the world by tapping into the very heart of music itself.

Uli met Thomas Blug a couple of times at trade shows. But when they played together at an all-Star-guitarplayer concert, Uli checked out the prototype of the BluGuitar AMP1. He discovered that he could get his signature tone of his Sky guitar cranked into a Plexi with no Mastervolume on the clean channel on the AMP1, and bought 5 AMP1 for himself and his band. These amps have been used in different setups all around the globe.