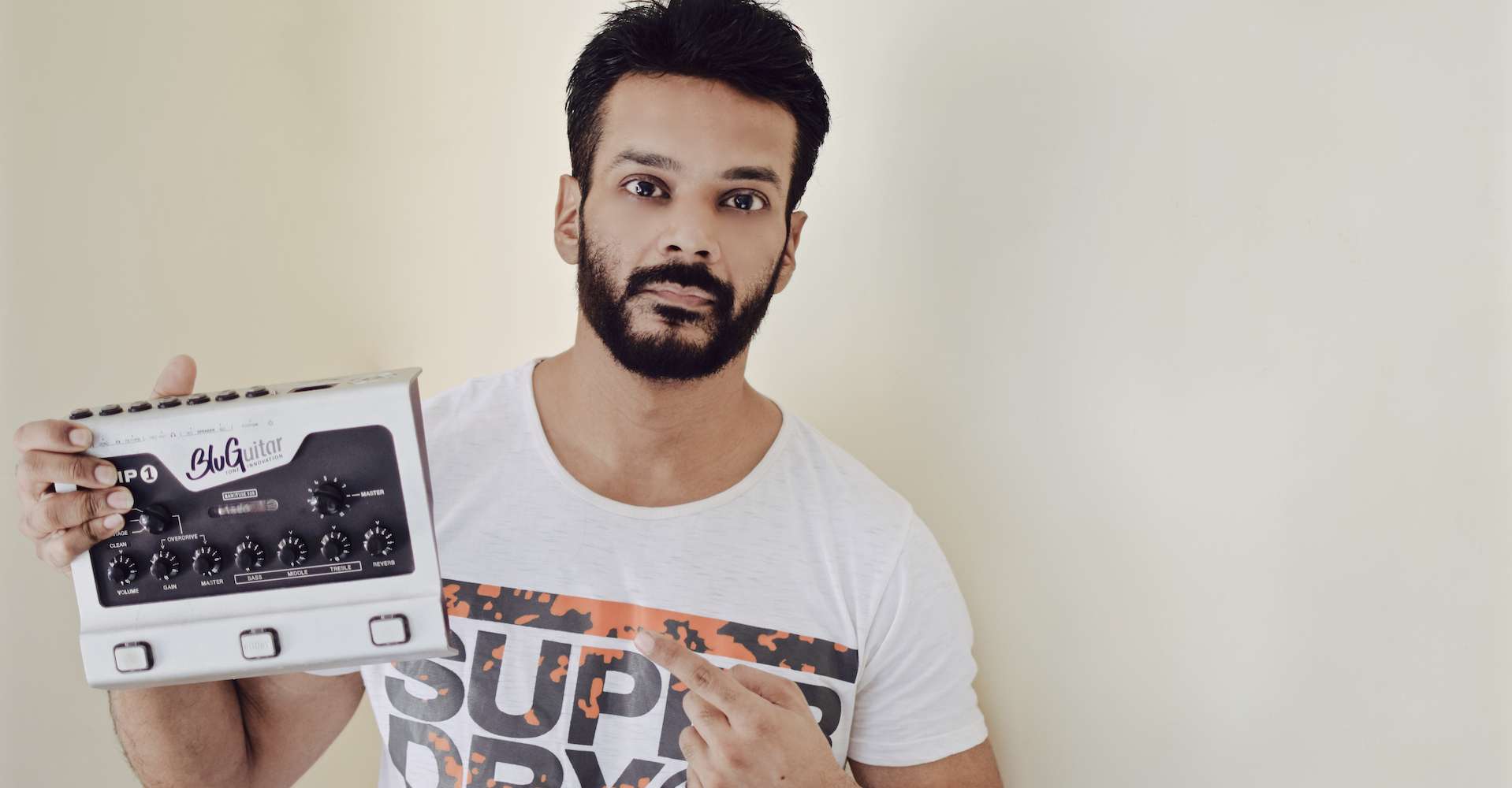 Solo
"The AMP1 is a very practical, versatile and powerful Nanotube amp with all I need. I especially enjoy high gain with absolutely no noise. "

Hailing from Gwalior, a place rich in it’s culture and musical heritage, definitely has had its effect on his musical understanding. One can clearly see traces of Indian classical to rock to dashes of folk in his unique sense of compositions, his fascination to guitar was obvious from an early age, rather say an obsession.

But as he traveled further, he achieved, realized and understood other aspects of music. He finds excitement in finding ways to express life through music… It’s not what u play, but it’s what you feel and play still defines him.

Songwriter and composer Apernit, uniquely blends his musical artistry and virtuosity on the guitar with his emotions and is able to turn his contemplations into beautiful melodies.

He has been enriched by various musical influences ranging from jazz, metal and blues to the Indian tradition of classical and folk. His is an experience, which is fused in both tradition and innovation.

Apernit’s dexterity with the guitar has drawn acclaim from all quarters and he has worked with several big names of the Indian music industry including Pritam, Neeraj Shridhar, Sivamani, Talvin Singh, Roop Kumar Rathod, Shaan, Himesh Reshamia, etc.

His mantra is “practice makes perfect”, and he spends hours every day following his diktat.