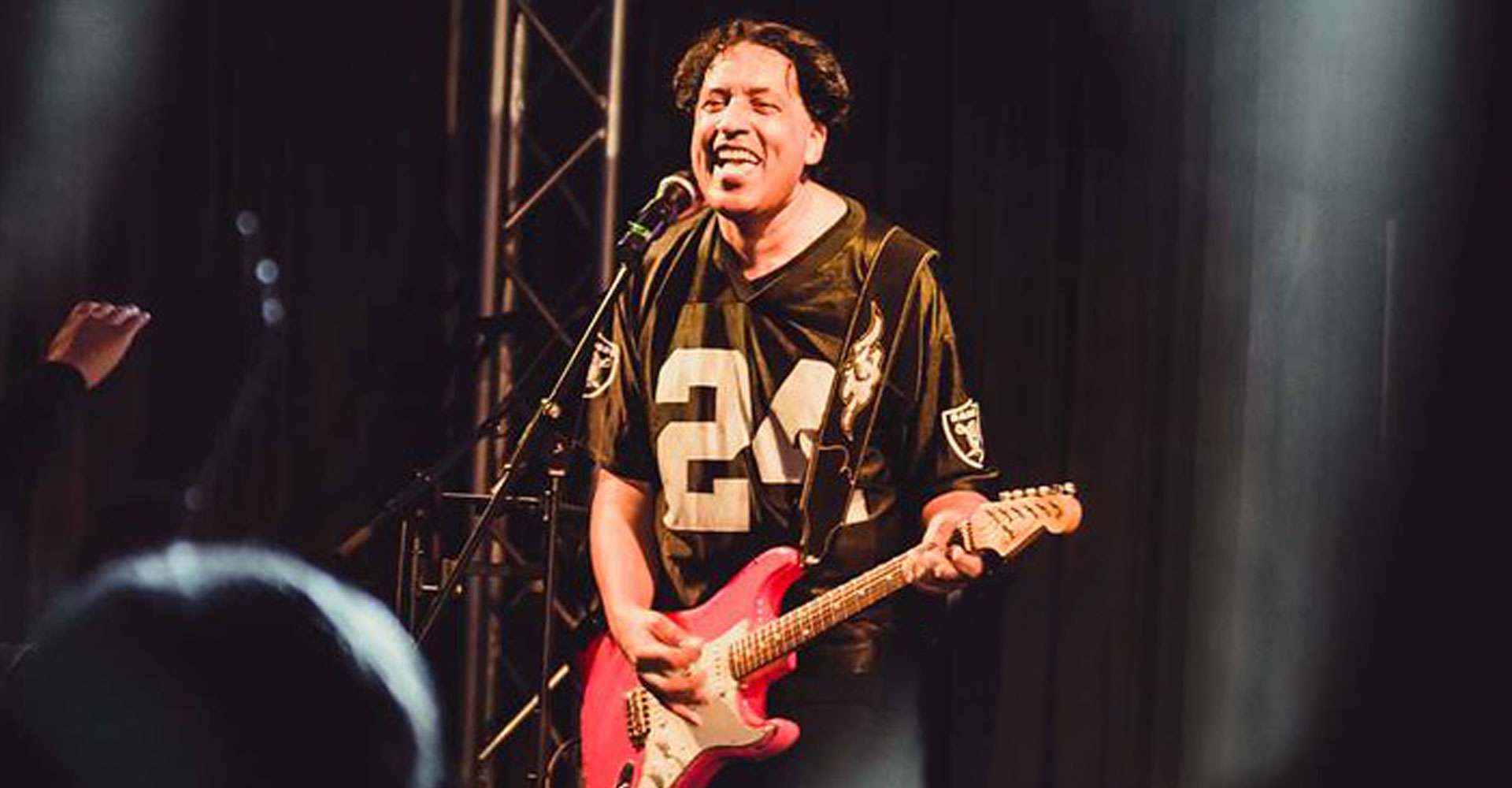 Music is hardly anything new for TV host Cherno Jobatey. His mother is a pianist and his first attempts to walk in the spotlight were related to music, not news. He was the guitarist in the band „Groove Gangster GmbH“ and he met his audiences at a loud volume. He played on all kind of stages in his native Berlin, in backyards and at town festivals. The band played its way up the ranks in the music scene in Germany, even becoming the warm-up act of rock stars like the Leningrad Cowboys. Once, teenager Cherno was even rocking right before German stadium rocker Herbert Grönemeyer.

Cherno Jobatey is well known talking about politics in a suit and tie, usually in front of a TV camera. One can catch him on many stages rubbing elbows with the likes of Chancellor Angela Merkel, Bill Gates, US-Secretary of State John Kerry even with Barack Obama.
Cherno didn’t dive into politics until after college and a period of studies abroad broke up his band and put an end to his career as a professional musician.

Yet Cherno can’t let go and indulges in his musical passion whenever an opportunity presents itself. The magazine „Gala“ drew this parallel: „He is as quick on his guitar as he is asking questions in the TV studio.“ And sometimes he is getting the best of both worlds. Well known political figures accept Cherno’s invitation to rock it out: German trade union IG BCE‘s boss Michael Vassiliadis celebrated his favorite songs with his beloved Stratocaster.