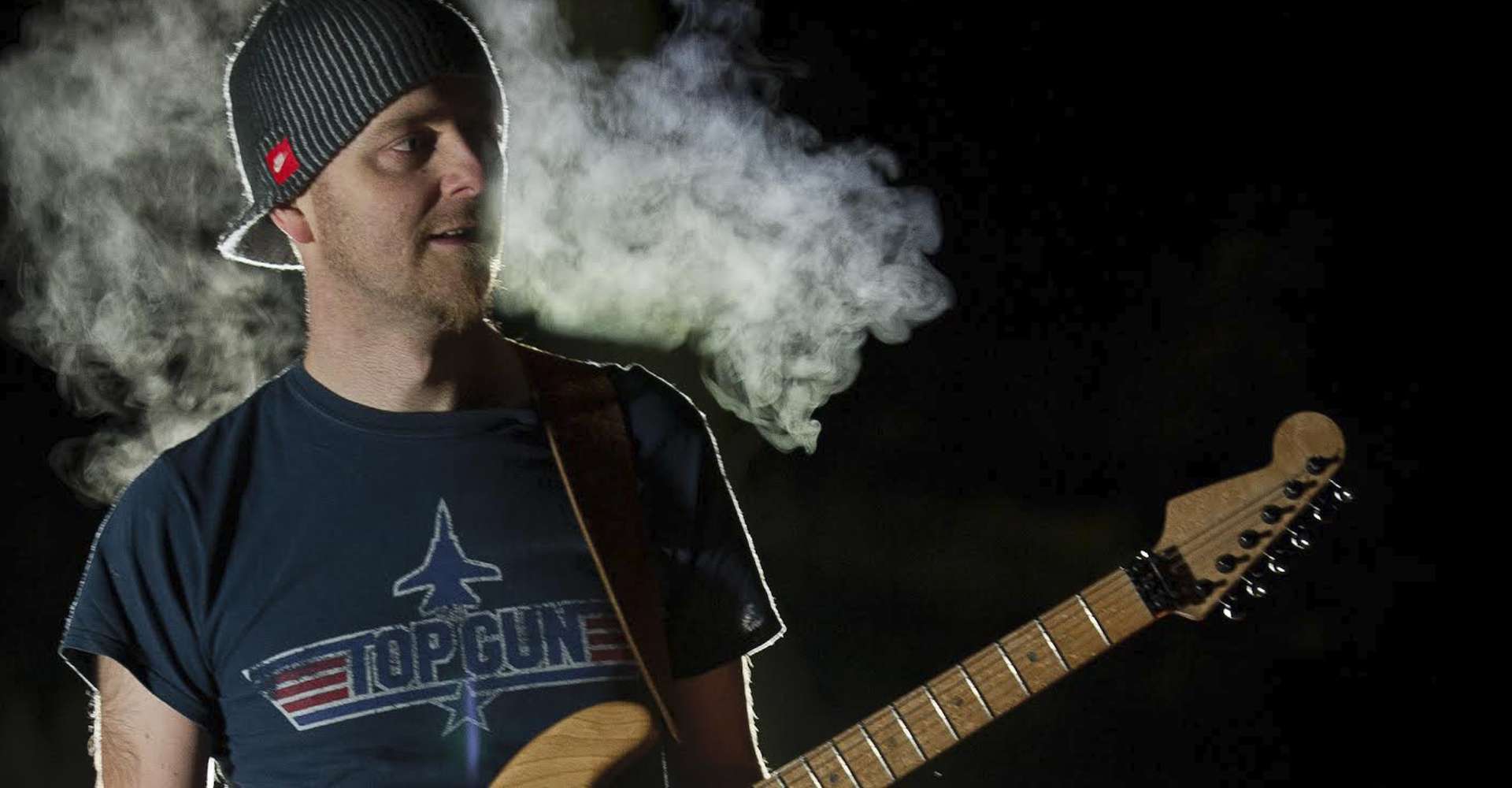 B3, Solo
"The BluGuitar AMP1 really does sound killer and I particularly like that I can remote switch it via MIDI. I use the Vintage channel on it, as it sounds very close to my DIY plexi amp. Happy days!"

In 2015 Dave took his album "Based on a True Story" on a European Tour with Paul Bielatowicz (Carl Palmer Band) and Dave Bainbridge (IONA). Only two years earlier, Brons decided to quit his regular job and set out to create music that would marry the expressive potential of rock guitar with the epic sound of Celtic infused orchestral film music.

“I felt like something was missing in lot of the music that guitarists were putting out. To the average music listener, most instrumental guitar music sounds like morse code over a backing track, a mere showcase for the guitar players technical ability”. Brons states, “I want the epic orchestral soundscapes and lyrical guitar melodies in my music to move the listener emotionally and transport them to the movie in their minds eye!”.
Brons’ 2015 album, Based on a True Story, has proved to be popular with musicians and non musician alike. Brons states that he always wrote with a view to the album becoming a soundtrack to peoples lives.

Dave released his second album in 2020. “Not All Those Who Wander Are Lost” is a very ambitious Lord of the Rings inspired concept album. 14 tracks long and over an hour of music, that includes Celtic fuelled virtuosic guitars, with emotive piano, huge orchestral soundscapes and a real 100 piece choir.