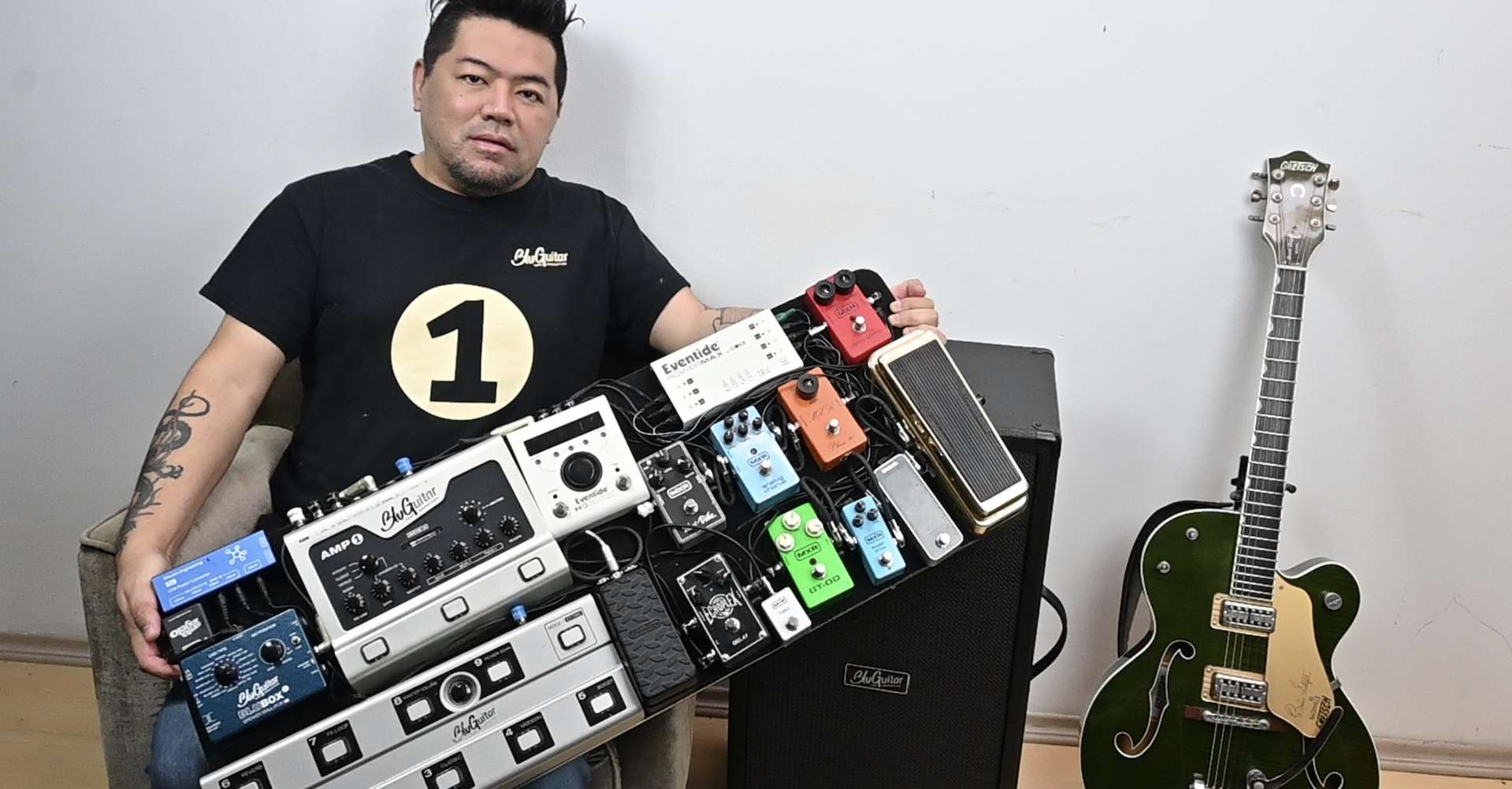 Hot Rocks
"I have many types of amplifiers (Kemper, Fender, H&K, Mesa, boutique tube amplifiers, etc.), but AMP1 is the best amplifier I've ever played in my life!!! Thanks for making me play better without worrying about my tone! It's always perfect!"

Kleber K Shima holds a bachelor in music from FAMOSP and a degree from ULM. He's a IMKS Musical Institute founder with two branches in São Paulo - Brazil.
He has written the first Pedal Guide released in Brazil, he is an equipment specialist and used to be Cover Guitarra, Guitar Player Brasil, Guitar Class, Guitarload and Total Guitar Brasil magazine columnist.

He is the pedagogical coordinator in the guitar sector at RSL Awards Brazil, a British certification institute for music schools, being present in more than 60 countries.

He has the biggest online Set Up course in Brazil (Ninja Do Set Up). He is Hot Rocks’ guitar player and he has three instrumental albums. He has played and recorded with several artists such as Andreas Kisser (Sepultura), Steve Vai, Rafael Bottencourt (Angra), Lobão among others.