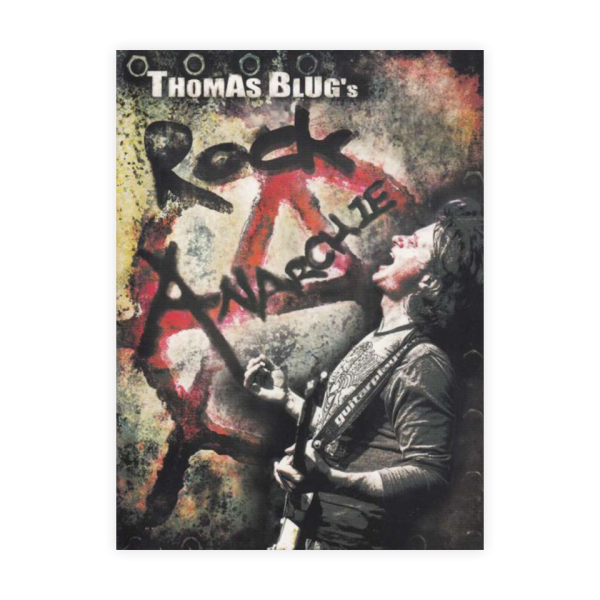 With the ROCKANARCHIE Thomas Blug is reviving the legendary free spirit of the 70s, when long guitar solos were still played on the radio and frenetically celebrated at live concerts. Style-forming bands like DEEP PURPLE and LED ZEPPELIN refused to put their virtuosity into a musical corset.

Thomas Blug is one of the few guitarists in the world who has been allowed to officially call himself Fender Strat®King since 2004. But the likeable exceptional guitarist is tired of the king and therefore he is calling a new project into being: Thomas Blug`s ROCKANARCHIE.

In times of deadlocked and predictable music productions the ROCKANARCHIE concentrates again on revolutionary musical virtues improvisation, spontaneity and free arrangements. This is exactly where Thomas Blug and his long-time comrade-in-arms Rudi "Gulli" Spiller (bass, vocals) want to take up the thread again with ROCKANARCHIE: "We pay our respects to these bands and the songs, but with enough freedom for our own, deviating interpretations."

Similar products
Similar products
[DVD] Pop meets Classic
€19.99 *
[DVD] Blug Plays Hendrix - Jimi's 70th Electric...
€19.99 *
[DVD] Thomas Blug Band - Guitar From The Heart...
€19.99 *
This website uses cookies, which are necessary for the technical operation of the website and are always set. Other cookies, which increase the usability of this website, serve for direct advertising or simplify interaction with other websites and social networks, will only be used with your consent.
Decline Configure Accept all