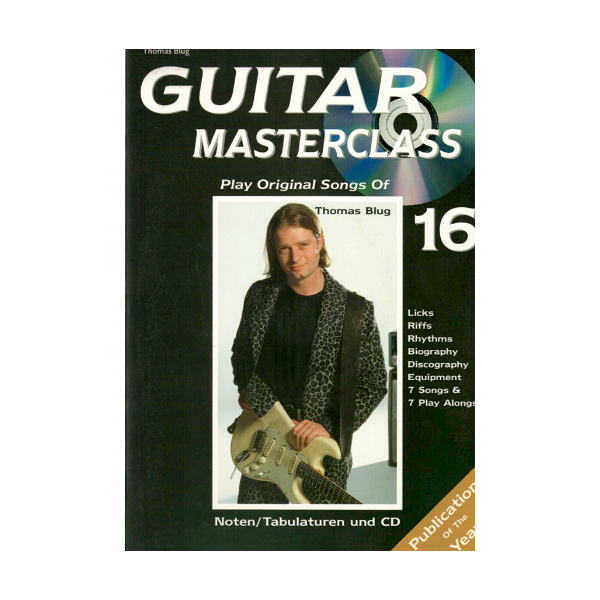 Thomas Blug is one of the busiest studio and tour guitarists. As winner of several awards, such as the DRMV title "Best German Rock-Pop Guitarist" and the "Stratking in Europe" award on the occasion of the European-wide competition for the 50th anniversary of the Fender Stratocaster in England, he has not only convinced the jurors with his clear, bluesy tone and his harmonic guitar playing. In "GUITAR MASTERCLASS" he gives a deep insight into his playing style and lets the reader share his licks and riffs, seven of his songs in the form of play-alongs as well as his guitar equipment.

Similar products
Similar products
Sound-Overlay AMP1 Mercury Edition
€6.99 *
Sound-Overlay AMP1 Iridium Edition
€6.99 *
This website uses cookies, which are necessary for the technical operation of the website and are always set. Other cookies, which increase the usability of this website, serve for direct advertising or simplify interaction with other websites and social networks, will only be used with your consent.
Decline Configure Accept all