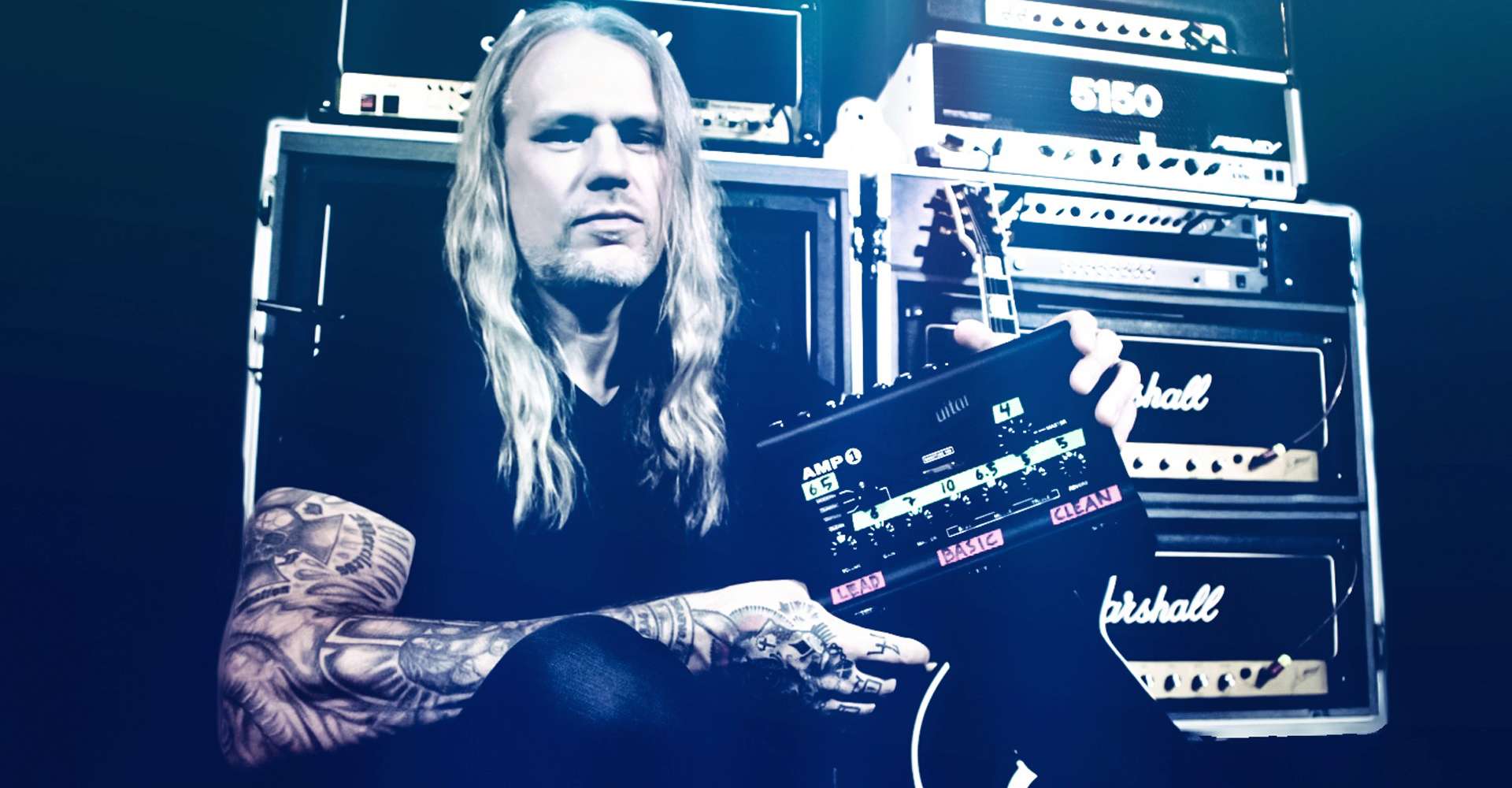 Cyhra, Red Wolf
"The first time I tried the AMP1 Iridium I was totally blown away. It feels & sounds like my old Marshall JCM800 2203 from 1984 aka ’The Bad Boy’, and no other amp does that. And I can make it to sound & feel pretty much any amp I have; 5150, Plexi, TSL100 etc. For years I’ve been looking for a tour/travel friendly solution for ’The Bad Boy’ and I’ve finally found that. Thank you Thomas, you are a genius!"

Recognized as one of the most talented guitarists of his generation in the heavy metal heaven that is Finland, Valovirta has starred in numerous domestically praised bands such as Godsplague and Drive.
His first taste of international renown Euge got as the guitarist of Suburban Tribe, but the easygoing bloke that he is, for the longest time he has happily settled into his role and garnered accolades as the ace hired hand on the albums of metal luminaries like Children Of Bodom, Heavysaurios, Kiuas and others too many to mention.
Valovirta finally started to get international fame as the guitarist of the Swedish masters of darkness, Shining, where he worked alongside with Niklas Kvarforth as song-writing partners between 2010-2017.

Nowadays manning the lead guitar of skyrocketing Swedish melodic metal band Cyhra and his groovy - metal project Red Wolf, Valovirta feels this is the opportune time to unleash his second solo album ‘Shooting From The Hip’.
The album has 10 songs of guitar driven instrumentals from Van Halen - style 80’s rock, “Hillbilly” - chicken pickin' fireworks to groovy kind of metal and one ballad dedicated to all our absent friends. Valovirta wrote the songs, played & programmed all the instruments and mixed & mastered the album so ‘Shooting From The Hip’ is a solo album in the true sense of the word.

Learn more about Euge on his brand new web site!