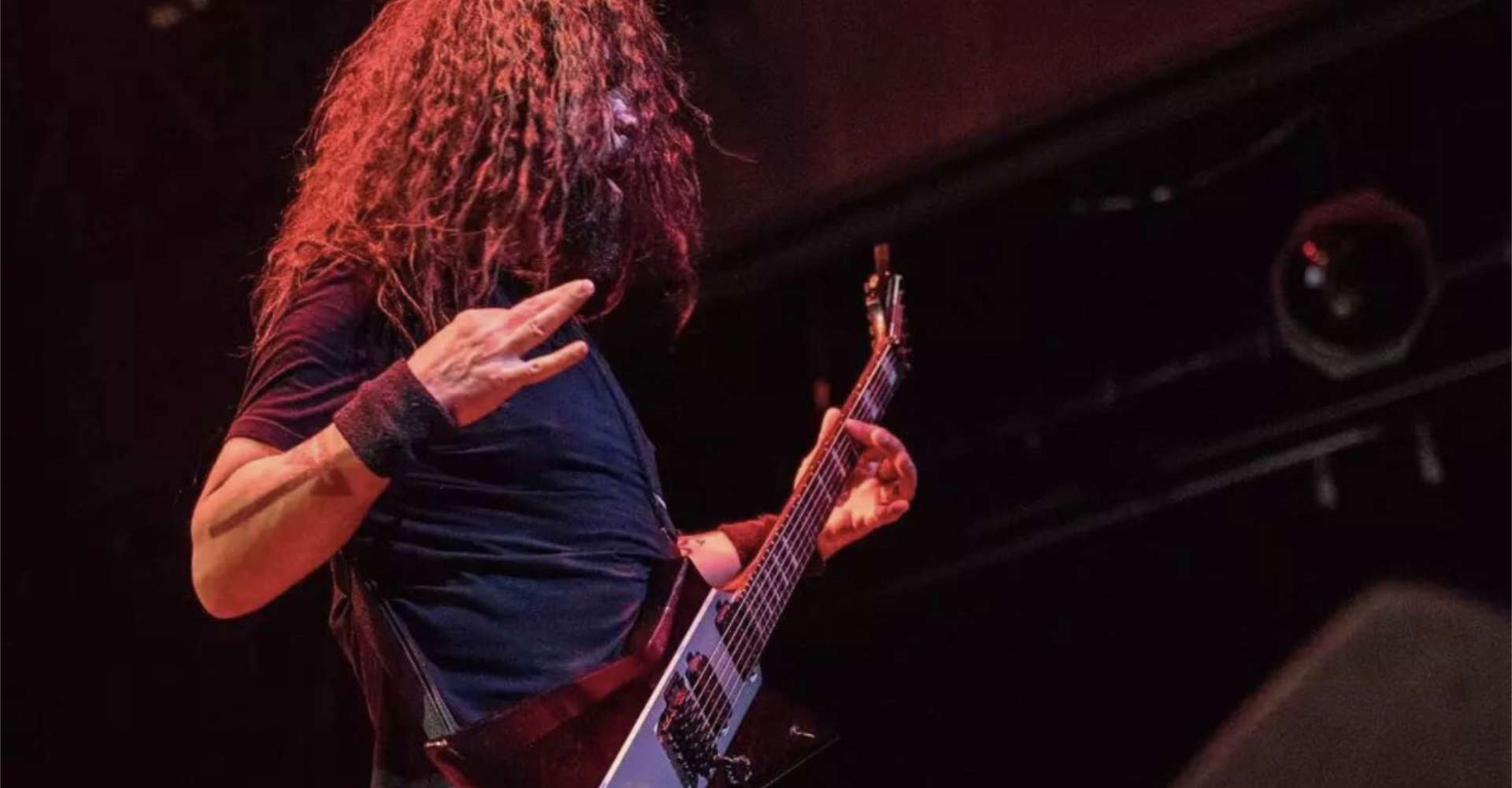 Exhorder, Heavy as Texas
"It’s super simple, it’s mega mean and it’s all I need! From live to the studio, say hello to my new friend y’all!"

With groundbreaking musicianship and energetic showmanship, Marzi Montazeri, a Guitarist/Producer and Artist, has dominated the metal scene in his hometown of Houston, TX. Marzi was the one constant draw for fans throughout the years bringing varying styles to his music and redefining electric guitar technique while changing the sound, structure, and style of the instrument itself.

In the 1990’s Marzi joined Superjoint Ritual, with long time friend Phil Anselmo as lead vocalist and recorded with him the bands first two demos. By 2001 Marzi went on to debut his self titled solo album called “The Need” which received rave reviews on various magazines as well as rave listener reviews on websites around the globe and reached #42 on FMQB radio. Since its release, Marzi has played hundreds of shows and has also produced and written new material that further exploits his mastery of the electric guitar medium, while it also demonstrates to the listener a few techniques that truly defy even the most educated guitar players qualified explanation.

By March of 2010, Marzi rejoined forces with Phil Anselmo and Housecore Records to work on what is to be Anselmo’s first solo project since Pantera, “Philip H. Anselmo & the Illegals” The debut record reached 34 on Billboard charts. In November of 2016 Marzi started his own label Crunchy Western Records and released his first EP “The Uprising” featuring Tim “Ripper” Owens on vocals. Marzi’s band Heavy as Texas featuring Kyle Thomas will put a full length record out in spring of 2018 followed by a world tour. In November of 2017 Marzi joined the Louisiana metal giants Exhorder, touring the world with them in 2018, and relasing the long awaited 3rd album "Mourn the Southern Skies" in 2019.