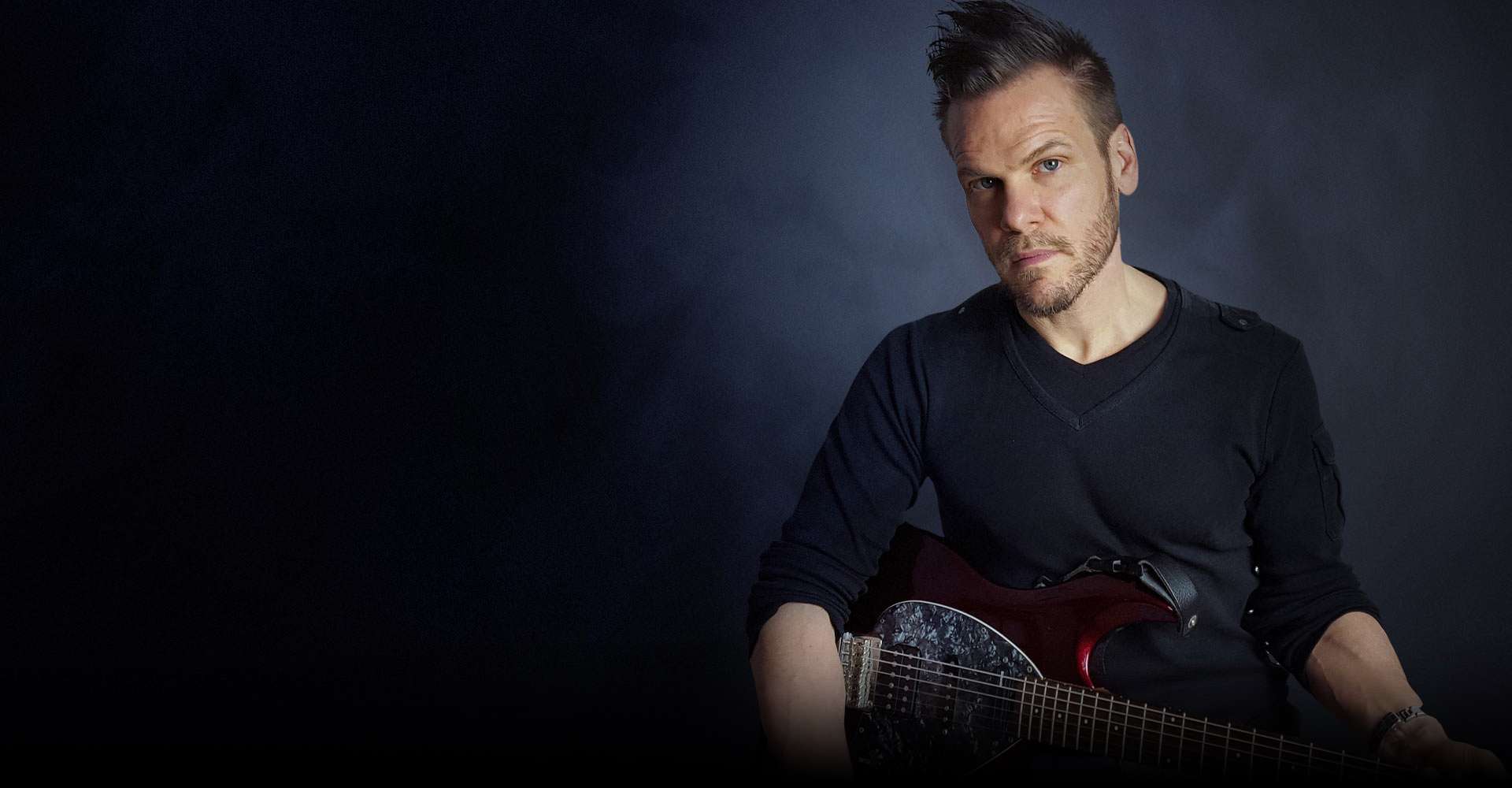 Solo
"The AMP1 has become my go-to amp both in the studio and live. It feels and responds just like a boutique tube amp and provides all the sounds I need."

He was featured in "Guitar for the Practicing Musician" as well as on several CD samplers of the world's best guitarists such as M. Varney's "Guitar On The Edge - The World's Hottest Guitarists" (with the likes of Steve Vai, Greg Howe and Marty Friedman). His two instrumental albums "Dreamscapes" (feat. Thomas Lang on drums) and "Guitar Odyssey" received overwhelming praise & great reviews worldwide and stayed in the top seller charts of guitar9 for months.

In 2007 Milan Polak decided to abandon the instrumental path and went to New York to record with drummer John Macaluso and bassist Randy Coven. This resulted in the album "Straight" which featured Milan Polak on vocals as well and received great feedback worldwide, e.g. "Album of the Year" (Netherlands) and "Album of the Month" (Italy). Other nominations were "Top 10 Albums of the Year" (Italy), "Top 30 releases of 2007" (UK) and "Best Guitarist of 2007" (UK). The renowned English "Fireworks Magazine" voted the song "The Glowing Of A Cigarette" no. 2 of the "Top 200 songs of 2007".

That same year Milan Polak also co-wrote and played all the guitars on the album "Bastard" (Nuclear Blast) for the German band Subway To Sally, which entered the German album charts at 7 and was voted "Album of the Month" by Germany's biggest metal magazine "Metal Hammer". Above all, their song "Auf Kiel" won the German "Bundesvision song contest 2008".

In May 2008 Milan Polak was voted one of the world's 50 fastest guitarists by "Guitar World Magazine".

In June 2009 Milan Polak released another vocal album "Murphy's Law" (feat. Fabio Trentini on bass and Simon Michael on drums) which entered the Guitar9 "Most Popular Vocal" charts at no.1 and stayed there for several weeks.

In 2010 a collaboration with Italian DJ/producer Drooid resulted in the EP "Aurora/Moon Dance" (Shah-Music Digital).

He also recorded 2 tracks along with Michael Angelo and Stu Hamm for "Guitar Addiction" (Guitar Euro Media), a sampler feat. musicians such as Guthrie Govan, Brett Garsed and many others.

In April 2011 Milan wrote a song called "End Of Time" for the Lion Music Japan Benefit Project "Embrace The Sun". The song features him on vocals & guitars as well as Kip Winger on bass, Dennis Leeflang on drums, Pete Lesperance & Harry Hess of Harem Scarem on guitars & backing vocals, plus Ron "Bumblefoot" Thal of Guns n' Roses who added another guitar solo.

By the end of 2014 he signed a worldwide record contract with the German label POWER PROG in collaboration with Universal. On March 20, 2015 the first single "This Time" was released, followed by the release of the album "Scarred To Perfection" which features Dennis Leeflang (Lita Ford, Ron "Bumblefoot" Thal/GnR), Kip Winger (Alice Cooper, Winger), Fabio Trentini (Guano Apes, Le Orme, H-Blockx) and Neil Taylor (Tears For Fears, Robbie Williams).

In December 2015 Milan Polak wrote & recorded the charity single "Devil On My Shoulder" together with fellow guitarist Ron 'Bumblefoot' Thal (ex Guns n' Roses). The song features bassist David Ellefson (Megadeth) and drummer Thomas Lang with all proceeds being donated to Road Recovery, a non-profit organization dedicated to helping young people battle addiction and other adversities by harnessing the influence of entertainment professionals who have confronted similar crises and now wish to share their experience, knowledge, and resources.

In the same year he also started to write and record for "Robo Sapiens", the brain child of 3 highly respected musicians/producers featuring Thomas Lang on drums and Fabio Trentini on bass. Their debut album was released in 2018 and received very positive reviews.

In between sessions, producing and some teaching Milan released another vocal album "Can't Please Everyone" in 2020 featuring world class musicians such as Billy Sheehan, Ron 'Bumblefoot' Thal, Tony Franklin, Atma Anur, Jeff Neal of the US super group 'Boston' and others. The album keeps getting great reviews & ratings including "Masterpiece" by Metal Temple.

Milan is also the author of the series "Guitar Heroes - Real Technique" and annually teaches master classes and band coaching at the University of Music & Art, Vienna.